Originally published as a novel in 1927, Benighted was the first real introduction to the world of a then unknown J.B. Priestley.  Now the world premiere of its stage production, adapted by Duncan Gates, will be staged at the Old Red Lion.  Following the success of the 2015 world premiere of Arthur Miller’s No Villain, the Old Red Lion are now renowned for their exciting programming decisions.

In 1932, Benighted was adapted by Universal into a film version called The Old Dark House which, upon its release, broke box office records across the UK and continues to influence modern cinema to this day.

J.B. Priestley is best known for works including An Inspector Calls (returning to the West End this November), Time And The Conways and When We Were Married.  In Benighted, the literary seeds of one of Britain’s greatest ever playwrights are beautifully evident in the rich dialogue, unforgettable characters and gripping tension – now fully realised on stage for the first time. 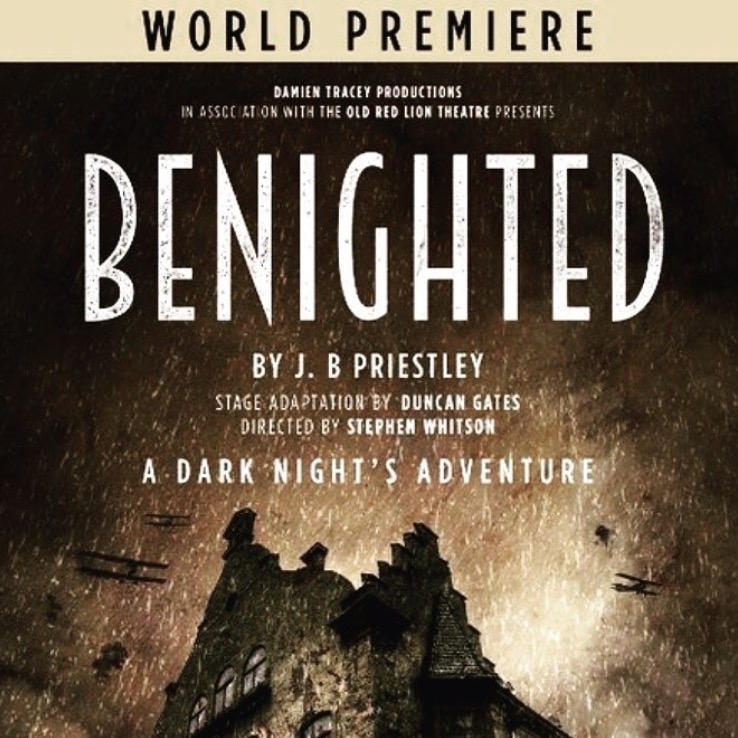