2018 UK Tour
Commemorating the 100th anniversary of the end of the First World War, Birdsong is the hit, critically acclaimed stage show based on the world famous novel by Sebastian Faulks.
In pre-war France, a young Englishman Stephen Wraysford embarks on a passionate and dangerous affair with the beautiful Isabelle Azaire that turns their world upside down.
As the war breaks out over the idyll of his former life, Stephen must lead his men through the carnage of the Battle of the Somme and through the sprawling tunnels that lie deep underground.
Faced with the unprecedented horror of the war Stephen clings to the memory of Isabelle as his
world explodes around him.
A mesmerising story of love and courage. Set both before and during the Great War. 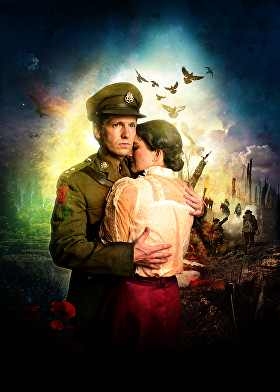 "Birdsong is visually beautiful, evocative and affecting" ★★★ - Broadway World
"Faulks's First World War Tale gets the staging it deserves...enough to make me weep" ★★★★ - The Times
"The performances were near faultless" ★★★ - Stagetalk Magazine
Site TitleSite Slogan