Bonn Theater, Germany
Ste is delighted to be recreating the revival of the 2015 production, which premiered in Theatre Dortmund.

Co-production with the Bonn Theatre - Songs in English with German subtitles, dialogues in German

Fred and Lilli have reason to celebrate: they have been happily divorced for exactly one year. But somehow they do not get rid of each other. No wonder, when you have to see each other every day and even have to stand on stage together. In a Shakespeare comedy that has it all: The Taming of the Shrew.

The played feelings are more and more difficult to separate from the real ones, until Fred puts his ex on an open scene over his knee. Also, Fred's affair with the musical star Lois Lane and Lilli's planned marriage to star general Harrison Howell are not sufficient as a distraction. As if the mood between the ex-spouses is not already exciting enough, two potential show-stopper appear shortly before the beginning of the show: Two gentlemen from the demimonde want to collect a fake promissory note, which is on Fred Graham's name. After all, he can convince them that he can only pay when the show takes place. The recalcitrant Lilli is forced to perform by force of arms, and the heavy boys discover the fascination of the theatre and Shakespeare's immortal genius. Now only Lilli has to decide until the end of the show, if she sees her future as a future president's wife or at the side of a failed actor ...

An English team of musical specialists led by director Martin Duncan will re-stage Kiss Me, Kate, one of Dortmund's most beloved musical comedies of all time; in the leading roles are the crowd favourites Emily Newton and Morgan Moody to see.

KISS ME KATE | Trailer from Theater Bonn on Vimeo. 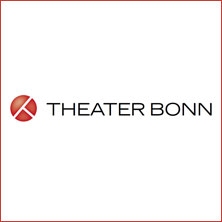